Doctors cannot always explain why one person gets cancer and another does not. However, scientists have studied general patterns of cancer in the population to learn what things around us and what things we do in our lives may increase our chance of developing cancer.

Although many risk factors can be avoided, it is important to keep in mind that avoiding risk factors does not guarantee that you will not get cancer. Also, most people with a particular risk factor for cancer do not actually get the disease. Some people are more sensitive than others are to factors that can cause cancer.
Talk to your doctor about methods of preventing cancer that might be effective for you.

When breast cancer spreads outside the breast, cancer cells are most often found under the arm in the lymph nodes. In many cases, if the cancer has reached the lymph nodes, cancer cells may have also spread to other parts of the body via the lymphatic system or through the bloodstream.

Breast cancer is second only to lung cancer as the leading cause of cancer death among women in the United States. Breast cancer occurs in men also, but the number of new cases is small. Early detection and effective treatment is expected to reduce the number of women who die from breast cancer, and development of new methods of prevention continue to be studied.

To read more on this subject go to the National Cancer Institute website.

Breast cancer can sometimes be associated with known risk factors for the disease. Many risk factors can be changed but not all can be avoided. For example, women who inherit specific genes, such as BRCA1 or BRCA2, have a higher risk of developing breast cancer. High-risk genes are risk factors that cannot be changed. Researchers are looking for ways to prevent breast cancer in women with these genes.

The following factors are linked to an increased risk of breast cancer:

Estrogen, a hormone produced by the ovaries, appears to increase a woman’s risk for developing breast cancer. A woman’s exposure to estrogen and her risk of breast cancer is increased in the following ways:

Radiation therapy to treat cancer in one breast does not appear to increase the risk of developing cancer in the other breast.

Weight gain after menopause, especially after natural menopause and/or after age 60, is linked to increased breast cancer risk.

Drinking alcohol is linked to increased breast cancer risk. The more alcohol a woman drinks, the more the risk of breast cancer may increase, compared to a woman who drinks no alcohol. There are a number of reasons why Breast Forms are favored over reconstructive surgery. Breast forms have been identified... read more

Eating Healthy and the Cancer Benefits

You or someone you know very well has undoubtedly either had cancer or has died from this ravenous disease.... read more Researchers are only beginning to discover the links between dietary choices and health consequences. Now they've taken a major... read more There are many different ways to enhance your breast tissue. Surgery Pills or Supplements Foam or fabric Inserts Silicone... read more 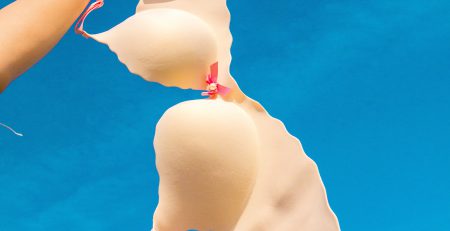 Peel the paper backing from one side of the tape and attach it to the form. You can... read more The Benefits of Taking the Time to Make Yourself Look Better

Making sure that you “look good” each morning surpasses the notion that taking the time to make one’s self... read more

It is always best to hand wash and air dry lingerie so the garments retain their shape, elasticity,... read more Fighting breast cancer and having to undergo all of the treatment, is hard on your body and your psyche.... read more You've listened to the self-help tapes; You know that it's what's on the inside that counts; You try to... read more